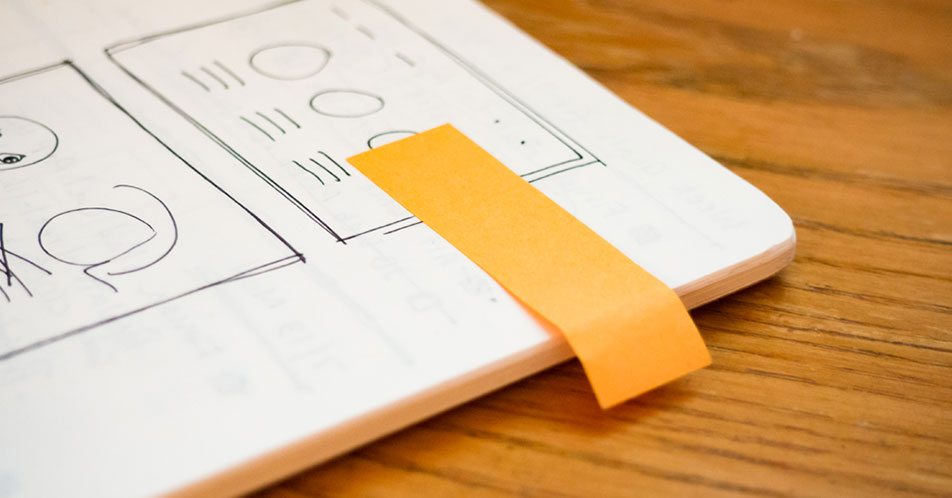 As you can imagine, I always push clients toward presentation-friendly, poster-style slides. It's kind of the job, y'know? But when a presentation deck overlaps with a business report, the equation changes: while my client may be planning to present their report as live slides, ultimately the deck will be left behind with their client and spread around to all manner of folk. In these cases, context can’t simply be left to speaker notes.

Believe me, it would be delightful if the time existed to build two deliverables, one a compelling presentation and the other a thoroughly detailed report. Delightful, I say! But that's almost never the case.

Client X was developing a robust, year-end report for a high-profile client, with a number of business facets being analyzed across multiple sub-clients. This meant a ton of data analyses that would be repeated throughout a slide-heavy report. Chart data needed to be clear and concise, but also contained to allow for numerous callouts and learnings. Here, I’ll be focusing on the development process for a particularly troublesome, repeating slide, with a particularly troublesome chart. Shall we?

To this point, I had made some minor branding tweaks to a pre-existing PowerPoint template, within which Client X had blocked in slides and charts they expected to repeat throughout the deck. Here’s the slide in question as I received it, with the identifying client data stripped out for these purposes:

For starters, pretend that those adorable icons are client logos. Also, don’t judge the design too harshly; I told them to provide the basic building blocks, and leave that end to me. Still, let’s quickly diagnose a couple super-basic design faux pas here:

So we’ve got our basics and diagnosed some design problems. How did we address them?

Alright. So what did we do with the first iteration?

For starters, I restyled that clunky table. In this case, I went with open edges and simple adjustments in line weight for distinction between rows. I also rearranged the column structure, called out the actual numbers, and included the icon identifiers for the particular sub-clients. Now we’ve got simple, single rows of information that are quickly scannable throughout our massive report.

I also restyled the chart itself. I gave the chart area a partially transparent, white background to help segment the page (more easily scannable chunks!) and made the gridlines more apparent because of the lack of contextual numbers to each plot on the graph. It helps, but it led me to a bigger concern:

Why Do I Hate This Chart?

And I did hate it. That's a big problem for an element that would be repeated throughout the deck, over and over again, setting the informational tone for most of the sections.

To diagnose what was at the time an amorphous, non-specific “blah” feeling about the actual data viz, I had to sit down with one of my client contacts to get a better handle on the data itself. Was I reading the scatter plot right? What takeaway were they aiming for? After some back-and-forth, we sussed out my issue:

That dotted line is a baseline. Why was this making my brain twitch? Because if you’re like me, you assumed that that was a trend line, especially since there are no numbers anywhere on the axes or with the data points themselves to give context. That’s a safe assumption we can make for the average viewer.

Moreover, we inherently associate the quadrant positioning on a scatter plot with a push-pull, good-bad dynamic. It should mean something to the viewer that one data point is in the bottom left, and another is in the upper right. In this case, it mostly didn’t. The only thing that mattered from a data-story standpoint was how much vertical distance there was between a given plot point and the dotted line; who moved the most from their baseline. That’s where we get those blue numbers in the table. From a viewer standpoint, the added “noise” of position along the horizontal axis is more confusing than helpful to our immediate, instinctual attempt to interpret the data in front of us.

So we had the wrong chart?

I certainly think so. Only one number matters to the takeaway for a given data point (change from baseline), so we moved to a bar chart to give our audience that one number and provide an easier means of comparison. We knocked out a quick one-two of versions:

In this first iteration, we kept the data in the original, alphabetical order in which it had arrived, which allowed us to keep the logos (they didn’t consistently crash together in this order), and added the actual values to the y-axis.

Ultimately though, we determined it was better to go from highest to lowest achievers:

This approach cost us the logos but provided a streamlined, less busy chart with achievement clumps and more easily highlighted data.

Further, I removed some extraneous design elements, and added header rows to the table, fiddled with the hierarchy of both text and color, and matched the over- and underachieving color identifiers to our new graph.

For the client's part, they provided a "big insight", declarative slide title as opposed to a generic description of the chart itself, and carried that throughout the deck. While a rote business report might avoid doing this with titles, it's a great play for this "combo" deck. It provides quick and memorable takeaways in the live presentation, and leaves us a little more space to play with for all of the secondary insights we'll occasionally need to pepper into the slides. For a more detailed viewpoint on titling slides, particularly where data visualization is the focus, I recommend checking out this entry over at the Evergreen Data Blog.

This considerations in development of this slide were emblematic of the deck as a whole. Putting it through its paces in direct collaboration with the client set the tone not just for the design approach as a whole, but also built an immediate working relationship with the client from an analytical standpoint. It showed that I could improve not just the visual appeal of their reports, but the effectiveness and persuasiveness of their data presentation as well. Their client wasn’t shy about their appreciation for the stepped-up approach to their report deliverables, either.

Help me to help you.

You can use the contact form, or drop me a line at scott@latyndesign.com.

Success! I'll get back to you as soon as humanly possible.

Oops! Something went wrong while submitting the form